Freshman Producer impresses with this gripping story of love, pregnancy and HIV


It was clearly a proud moment for Candice Lela-Rolingson and her team as they introduced Positive and Pregnant at the New York International Film Festival earlier this month.

After the successful showing, Candice shared with me some of the challenges that she overcame to produce the film and the sacrifices that were endured to take this important story from concept to cellulite.  The journey may have been tough but the result was certainly worthwhile as this 24 minute Docudrama held the attention of everyone in the theatre.

A sobering tale of a young lady who gets pregnant, the short film does a credible job of conveying the heartache to be felt as this woman is plucked from the vibrancy of a maturing but carefree life into one of someone stricken with HIV and then compounded by the reality of being pregnant. 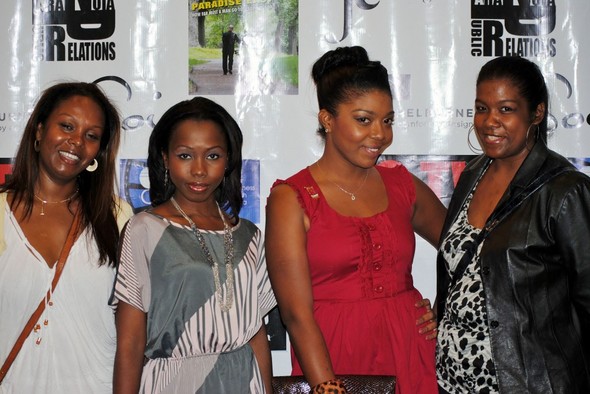 'Positive and Pregnant' a production of the Walker Lela Foundation was reviewed on 13th April 2011, by Barbadian Journalist Katrina Marshall, who said; (she) doesn’t actually spend all her time watching movies ! "But HIV themed short film “Positive and Pregnant” hit the spot"…

Positive and Pregnant was screened regionally at Caribbean Tales Film Festival on 19th March 2011 http://caribbeantales-events.com/?page_id=4071 , to a full theater at the George Washington House in Bridgetown, Barbados . The docudrama was praised highly by the audience for capturing the essence of the story with compelling acting.
Please visit http://iliveup.com/blog/video/get-real-blog-episode-5/

Through the panoramas, the festival screened special films to the village audiences, with specific reference to transmission of the HIV/Aids concerning Mother to child transmission under the theme, ‘Positive and Pregnant http://thecitizen.co.tz/magazines/-/12199-ziff-a-cultural-crossroads
The Citizen Newspaper Tanzania Friday, 24 June 2011


http://www.oceanstylemagazine.com/articles/?author=1
A review by Douglas Gordon of OceanStyle Magazine, May 2011


http://caribbeantales-events.com/?page_id=4071
The film Positive and Pregnant will be screened at major film festivals this year , beginning with CaribbeanTales Film Festival 2011  in Barbados on 19th March 2011

Behind The Scenes ...Casting and Rehearsal